'' This time, for us, all the participants are winners. They overcame fear and despair and each contributed to the revival of choral activity, which was forced into silence during the pandemic. We were honored and happy that so many choirs from different parts of the world responded to our invitation and together co-created an eminent choral event. '' (Ambrož Čopi, artistic director of IYCF Aegis 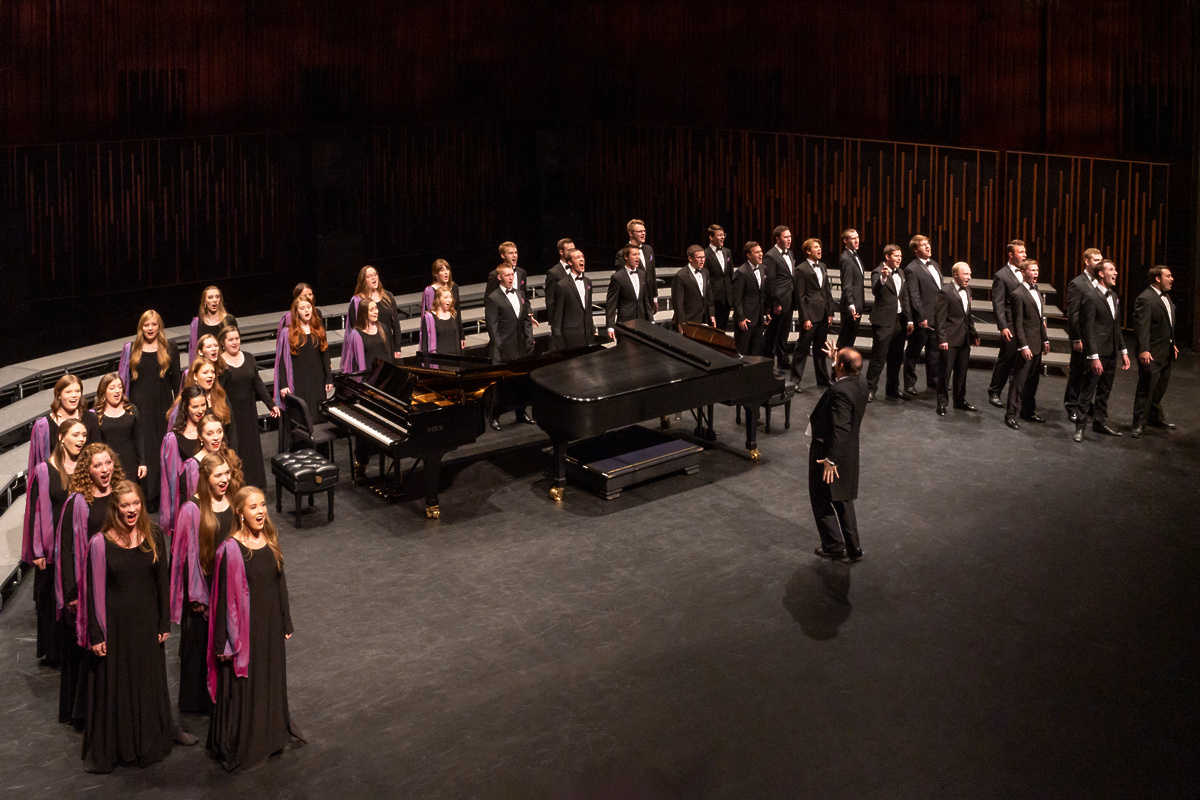 Seventeen choirs (one participated in A and B) from eight countries (America, Taiwan, Indonesia, Ukraine, Russia, Bulgaria, Italy and Slovenia) took part in the competition. The competition was held in four categories, which were divided into subcategories (live recordings and virtual choirs). Choirs were able to perform exclusively with compositions by composers from their countries written in the 20th and 21st centuries. With this, the organizer wanted to encourage the performance of composers from different parts of the world and present the diversity and richness of musical expression. Special attention was drawn to the new compositions created in the last three years. Some experienced an online premiere at the festival.

The eminent international jury of renowned choral experts composed of Gary Graden (Sweden), jury president and jury members Petra Grassi (Italy - Slovenia), Marco Antonio Garcia de Paz (Spain), Naomi Faran (Israel) and Stojan Kuret (Italy - Slovenia) is evaluated the received videos according to the quality of the performance of the song, the thoughtfulness of the concept and the innovativeness of the video production. 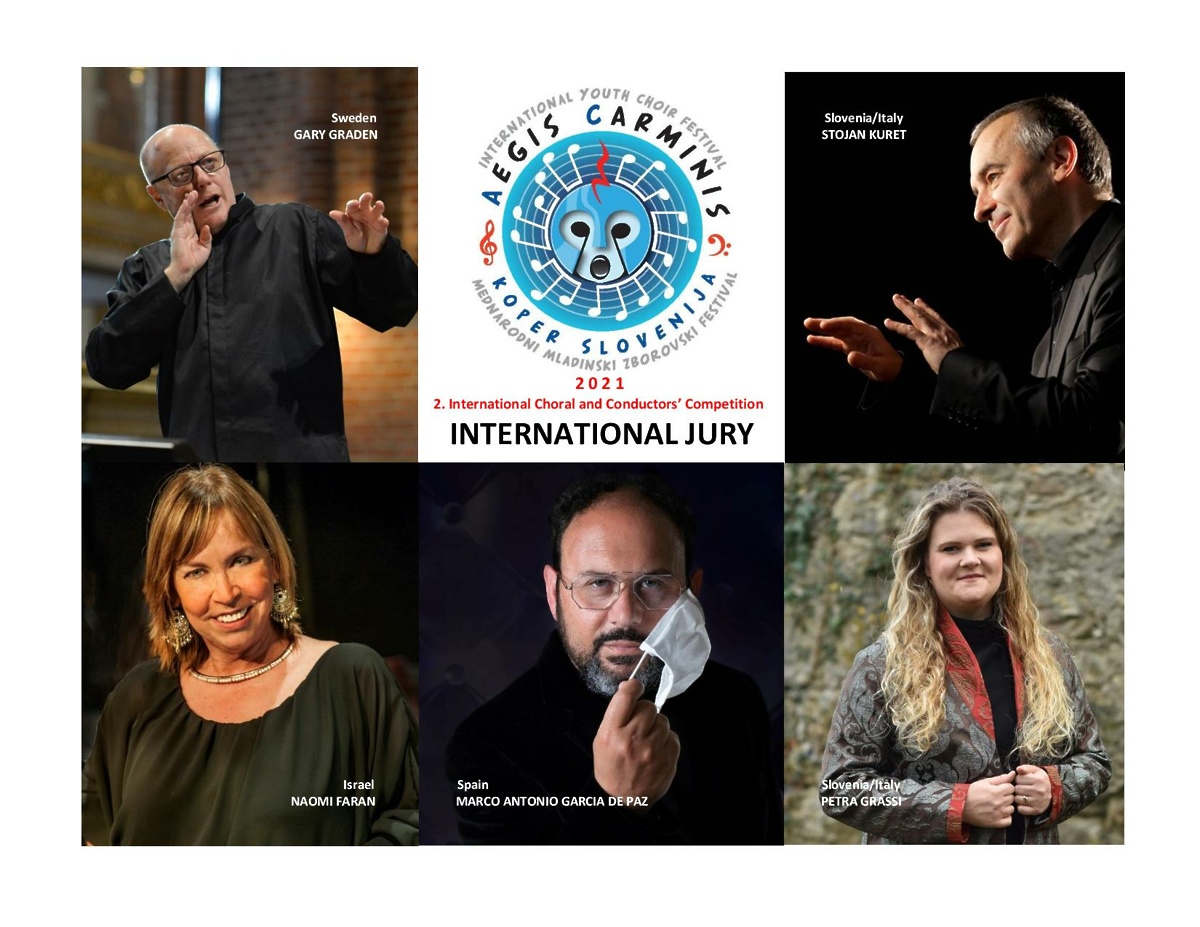 As many as seven choirs under the age of 27 applied for category A. The length of the recording sent to the competition should not exceed six minutes, the performance had to be a capella and at least four voices. The jury rated the highest in the sub-category "live performance" three choirs and awarded the 1st prize to the American choir Brigham Young University Singers under the direction of Andrew Crane. With its video and performance, the choir was also awarded by the AEGIS CARMINIS GRAND PRIZE, as the highest rated choir of the competition and a cash prize of 700 euros. The 2nd prize was awarded to the Ukrainian choir  Onma Student Choir named after A. V. Nezhdanov under the direction of Halyna Shpak, and the 3rd prize went to the Fortissimo Vocal Group from Bulgaria under the direction of Milena Dobreva. Two choirs participated in the subcategory "virtual choirs", the Ukrainian choir Oriana Youth Female Choir led by Halyna Shpak, which received a special award for the best performance of NEW WORK, written after March 2018, worth 200 euros and the Indonesian Talkom University Choir led Aldo Randy Ginting, who was particularly impressed with the production of the video for which they received special award (Ryan Kurnia Pratma, video production). The jury awarded the 2nd prize to both, with the same number of points.

Unfortunately, only one participant applied for category B - high school choirs up to 19 years of age. The length of the recording sent to the competition should not exceed six minutes, the performance had to be a capella and at least three-part. The Slovenian representative was awarded the 1st prize by the Girl's Choir of the Celje - Center Gymnasium under the leadership of David Preložnik, who despite the pandemic managed to record a virtual video and present a new adaptation of I travel the young composer Leon Firšt.

In category C - choirs up to 15 years of age, five choirs applied. The recording could last up to four minutes and the composition could be performed by the choirs a cappella or with melodic instrumental accompaniment, if provided in the original of the selected composition, but it had to be at least two-part. In the subcategory "live performance", the children's choir Vocal formation "Morski pasachinki" led by Milena Dobreva, who was awarded the 1st prize and a special award for the performance of composition written in the period 1991-February 2018, impressed the jury the most with folklore medely written by Atanas Iliev and Milena Dobreva. The 2nd prize went to the Russian children's choir "Ryabinka" led by Tatiana Popel´ for the song The spell of the winter by Alexander Grechaninov they recived special award for performance of composition written in the period 1900-1945. In the subcategory "virtual choirs", the Slovenian Childrens Choir of the France Bevk Elementary School from Tolmin, led by Barbara Kovačič, impressed the jury with its performance and concept. The jury awarded him the 1st prize and a special award for the most original concept of the video presentation of the song, prepared by Tereza Gregorič and the award for the best Slovenian choir at the competition.

Three choirs from abroad applied for the special D category - the award of the Astrum Music Publishing House, which was prepared by the organizer in cooperation with the Astum Music Publishing House with the desire to promote Slovenian music abroad. With the performance of Ave maris stella by young composer Tine Bec, he was most impressed in the subcategory "live performance" Sean's concert choir from Taiwan under the direction of young conductor Sean Yao, who received the 1st prize and music literature worth 100 euros from Astrum. The 3rd prize went to the Perezvony School of Art M. Glinka Children's Choir under the direction of Larisa Yarutskaya, and in the "virtual choirs" subcategory to the Girls' Vocal Group Vesela pomlad from Italy under the direction of Meta Praček.

The organizer presented the received recordings at an online concert on May 14, 2021. You can watch the recording at this LINK

A sincere thank you to all those who in any way contributed to the realization of the International (virtual) choral competition Aegis carminis 2021. The biggest thanks go to all the participating choirs who prepared an exceptional concert for us.

We would also like to thank the international jury, which, with its professional approach and understanding of the current situation, was able to listen to the performances, get excited about them and evaluate them.

We thank all the sponsors and supporters of the festival:

Special thanks go also to the dedicated team of the Aegis carminis festival, who knew how to adapt and design an online event with all dedication, especially to our technician Martin Šiškovič, who prepared and designed the online concert.

The third concert as part of the festival, which we offer virtually, belongs to the host University of Primorska Academic Choir . The ethno-jazz p...

In the video presentation you can find out more about the new project, which was designed by University of Primorska Academic Choir together with t...

University of Primorska Academic Choir, which operates under the auspices of ŠOUP, has successfully completed the last set of competitions organize...

We are very pleased to be able to conclude our festival live with an international competition for choral conductors, which will take place on 15-1...

You are invited to watch the online performance of the masterpiece Fauvel '86, written by Slovenian composer Lojze Lebič, performed by the Academic...

Before the premiere of the online concert Requiem for Ancestors, composer Tadeja Vulc allowed us to enter her composition room and talk about the d...

You are invited to watch the online premiere of the vocal-instrumental work of the composer Tadeja Vulc on June 24, 2021 at 20:30 CET on our Youtub...

An online voting for the Audience Award took place from 25 to 31 May. Indonesian Telkom University Choir received the most likes for its virtual vi...